What do a 14th-century monastery and modern technology have in common?

The chapel with the painting of the Black Madonna of Czestochowa is visited by millions of pilgrims from around the world every year. The piece of art is often considered a source of miracles, which encourages believers to share their thoughts, hopes, and sorrows in its presence. Not many visitors are aware that the old walls hide various surprises that facilitate the process of managing and keeping the facility secure. Although the lights will turn on by themselves, it has nothing to do with miracles.

Jasna Gora Monastery is not only the most recognized center of a religious cult in Poland and the most sacred destination for many pilgrims. It is also a historical monument, a rich archive of tomes and documents, a source of numerous legends, symbols, and a place of many mysteries. The facility which dated back to the XIV century is constantly monitored by a conservator. It is hard to imagine how a general overhaul would look like in a place like this, especially in terms of introducing intelligent technologies that can be found in modern museums. Despite the unique aura of the place, it was possible to install a wide range of functionalities without having to affect the structure of buildings or the original appearance of the interior.

– We have been maintaining the monastery for 20 years. When 10 years ago we began our cooperation with the FIBARO system, we were asked by the monastery authorities to install a system that would control screens and help the organist. To do that, we decided to use the FIBARO Smart implant and Double Switch – we were very pleased with the overall effect. Then we made it possible to control lighting and security in the monastery museum. Currently, there are 7 gateways combined into one system with features that are constantly expanded – we are about to integrate lighting systems of the tower and entrances – says Łukasz Grabowski from Abikus company, who is an official FIBARO distributor and contractor of FIBARO system installed in The Jasna Gora Monastery. One of the main reasons why the FIBARO system was selected was the fact that the monastery is protected by a monument conservator and installation of any cable-based system is not possible. FIBARO wireless system allowed us to remotely control the object without any unnecessary renovation.

7 gateways, intelligent sensors, triggers, scenes activated via a mobile app directly from a smartphone, and no excess wires. FIBARO system mounted at Jasna Gora uses wireless solutions and its modular construction makes it possible to constantly expand system functionalities and perform necessary changes. This way, both employees and visitors can benefit from the modifications. One may wonder why would an object like this be equipped with modern tools when it was capable of operating without them for centuries.

Jasna Gora is carefully managed by a group of professionals who are responsible for taking care of all the visitors in different buildings for various purposes and on different levels, which are connected via narrow corridors and thousands of old stairs. To facilitate their work, it was necessary to introduce a solution that allowed them to control multiple devices or elements of the infrastructure both inside and outside the monastery. For instance, the organist previously had to simultaneously play the pipe organ located in the choir and control screens displaying verses of hymns mounted downstairs. By using a smart remote controller from FIBARO, all can now be done by pressing a single button.

– The less visible a wireless system is, the better it is. In no way do the mounted devices interfere with the harmony of this sacred facility. FIBARO system allows us to add new solutions, and thus we constantly expand its capabilities. This makes it possible to control given devices without having to affect the work of the personnel – says Father Waldemar Pastusiak, the curator of the monastery.

One of the difficulties that the personnel encountered every day was managing the lighting – in the case of such a large facility operated by many people, making sure that all the lights are turned off at the end of the day was no easy task. Currently, a single person can fully control this process with Yubii mobile app directly from a mobile phone. This allowed for significant energy savings and also limited the number of personnel who had to be assigned to such a trivial task.

A smartphone is also used to switch on or off the external screen mounted in the courtyard of the Chapel of the Miraculous Image. During holidays, weekends or pilgrimages, not all visitors will be allowed inside. Thus, the mass is displayed on these screens, and everyone can participate in the service.

– Depending on the number of people present in the Basilica and the chapel, specific elements of the sound system controlled directly from the app, are switched on. There is no need to activate the device manually. The same happens with large outdoor screens. If too many people want to enter the chapel of the Virgin Mary at once, we simply switch on the screens to make the waiting time more tolerable – adds the curator.

Furthermore, the mobile app is used to control the lighting in the monastery museum. It was installed on a tablet mounted by the front office.

For millions of people visiting Czestochowa, The most essential part of the monastery is the chapel with the painting of the Lady of Jasna Gora. An integral part of the chapel is an XVII century silver cover hiding the painting. The holy icon is ceremoniously revealed twice a day to the sounds of orchestral music. The process has been automated and now the silver cover is controlled by elero motor – a brand offered by Nice Group which is fully compatible with the FIBARO system. The lighting intensity which gives a unique atmosphere on its own is adjusted by the monastery personnel via the Yubii Home app.

Pauline Fathers’ Monastery is also a part of the facility equipped with FIBARO solutions. The entrance to the area is located at the back of the building and it is secured by a Nice M5BAR barrier gate. Not only is it integrated with the FIBARO gateway, but the gate guard has FIBARO The Button – a smart actuator that will immediately open the gate once pressed.

Not only do intelligent building automation solutions offer comfort, but they also provide an effective way to save time and human resources, and limit the list of activities that would normally be done manually. Up to now implementing such solutions in buildings under conservation protection was greatly limited or not possible at all. By using the FIBARO wireless smart system the range of elements of churches, museums, palaces, or manors that can be configured and managed automatically is nearly unlimited. This can be an important factor especially when we take into consideration the complexity of the facility.

About FIBARO
FIBARO is a global brand based on the Internet of Things technology. It provides solutions for building and home automation. In just a few years’ time, the FIBARO smart home system has spread throughout 6 continents, becoming one of the most advanced in the world.
Arhive: FIBARO
Website: www.fbaro.com SAMSUNG
Jan 19, 2023
Samsung Wallet Will Be Available in 8 New Markets FIBARO
Nov 8, 2022
What do a 14th-century monastery and modern technology have in common? 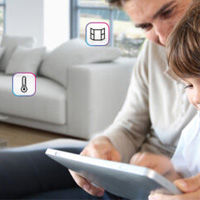 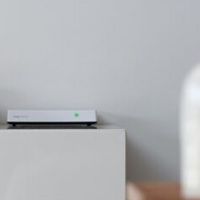 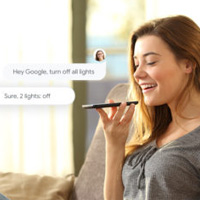