It is with great sadness that Sony Group Corporation today announced the passing of Nobuyuki Idei, former Chairman and Group CEO, Sony Corporation. Mr. Idei passed away on June 2, 2022 in Tokyo. The cause of death was liver failure. He was 84 years old. A private funeral has been held attended by close family members, and his family have requested privacy at this difficult time. A company memorial service is planned to be held at a later date.

Mr. Idei joined Sony Corporation (currently Sony Group Corporation, hereafter “Sony”) in 1960, and following leadership roles in Sony’s Audio Group, Home Video Group, and Creative Communication Division, he was appointed the 6th President and Representative Director of Sony in 1995. He became CEO in 1998, and served as Chairman and CEO from 2000 to 2005, contributing significantly to Sony’s growth and reform.

Following his appointment as President, Mr. Idei actively advanced Sony’s digital network business under the key message “Digital Dream Kids,” and accelerated the global expansion of Sony’s diverse businesses, including entertainment. He was also integral to the establishment of a global group management framework and corporate governance structure, that included the rapid adoption of a corporate executive officer system that separated the role of oversight and execution within management, and Sony’s transition to a company with committees system. Furthermore, concurrently to his role as CEO of Sony, Mr. Idei was appointed chairman of Japan’s IT Strategy Council in 2000 at the request of the Japanese government, leading the planning and implementation of broadband networks across the nation as a whole, and contributing to Japan’s early establishment of world-leading broadband internet infrastructure.

After his retirement as CEO of Sony, Mr. Idei established the consulting company Quantum Leaps Corporation, that focuses on supporting corporate transformation and nurturing the next generation of leaders. Through the company and its subsidiaries, he dedicated his efforts to generating collaboration between venture companies and major corporations, and between Japanese companies and the world.

Commenting on this loss, Kenichiro Yoshida, Representative Corporate Executive Officer, Chairman, President and CEO, Sony Group Corporation, said, “During his seven years as CEO from 1998, Mr. Idei made an immense contribution to Sony’s evolution as a global company. In particular, the prescience and foresight with which predicted the impact of the internet, and engaged proactively with digitalization across Sony amazes me to this day. I myself served as General Manager of the CEO Strategy Office for two years from 1998, under Mr. Idei. The experiences and learning I gained there were a turning point in my career and life, and in many ways connect directly to my management of Sony today. I will always be deeply grateful to Mr. Idei for his immeasurable contributions and achievements, and pray that he may rest in peace.” 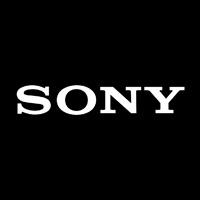 About SONY
Behind all Sony products, contents and services are stories of boundless passion and unwavering dedication. Experience the latest products, technology, entertainment also the new world by bringing them all together.
Arhive: SONY
Website: www.sony.com SIEMENS
Jun 20, 2022
USA’s Morgan State University partners with Siemens on its journey to a smart campus LEGO
Jun 16, 2022
The Sims FreePlay and LEGO® DOTS Team Up to Combine Colorful Worlds of Creativity and Fun